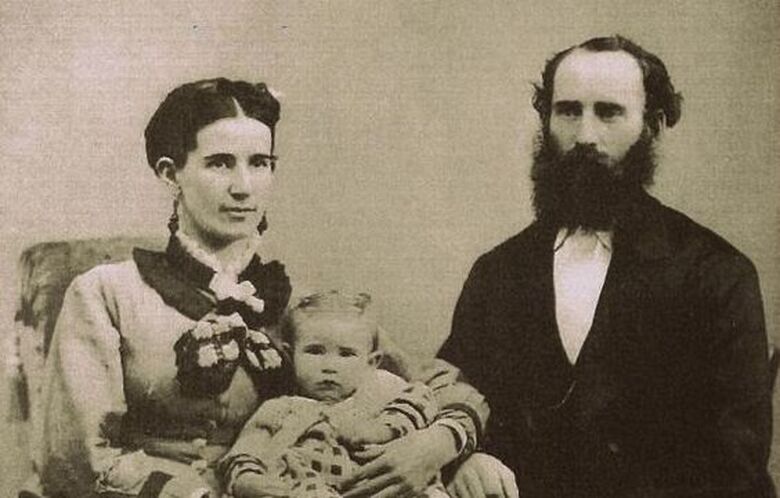 Delia Ardell (Jewell) Bohanan: Hopkinton’s “Can Do” Woman
Married teacher, female school board member, social justice promoter, and community organizer – these are all achievements of Hopkinton’s Delia Bohanan over 100 years ago when most people viewed a woman’s place to be “keeping house.”
Delia Jewell was born in Weare, New Hampshire on February 1, 1855. Her father was Otis F. Jewell, a farmer, and her mother was Mary Priscilla (Sargent) Jewell. Delia was the oldest of three girls (with sisters Lucy and Mary) and it appears from census information that her father would periodically take in a boy, probably to help with farm chores. Also living with them during Delia’s childhood were her paternal grandfather and her paternal Aunt Lucy who was described as idiotic, an archaic diagnostic term indicating profound mental disability.
At the age of 21, on May 2, 1876, Delia married John Wilber Bohanan, age 28 and a farmer, in Hopkinton. The 1880 census shows Delia and John living on a farm in Contoocook village with John’s parents, David and Belinda Bohanan, as neighbors on one side, and John’s older brother Samuel and wife Ellen on the other side. By this time, Delia and John had two of their nine children, Bernice who was born in March of 1877 and Elsie who was born in September of 1879. It is at this point in her life, if not earlier, that Delia began to express her can do attitude by becoming employed as teacher at the Sugar Hill School. She taught 14 students during summer term, 1881, and nine students during summer term, 1883. Between these two summers, she gave birth to her third child, son Lester, in February of 1882. This was a period in history when female teachers were usually single women, just out of high school themselves, encouraged if not forced to leave teaching upon marriage (and certainly upon motherhood). The town’s annual reports of this era included evaluations of every teacher in town; Delia’s evaluation in the 1882 report for the 1881 school year was as follows:

“Mrs. Bohanan is one of our very best teachers. Active and energetic, she has the faculty of interesting her scholars in their studies, and thus relieving the routine of the school-room of much of its dullness. The examination at the close of the term showed that the scholars had improved their time, and understood what they had been over. The classes in reading showed great improvement.”

Delia went on to have six more children: Etta in June, 1884; Edna in November, 1886; John Henry in October, 1889; Percy in September, 1892; Josephine in July, 1895; and Leland in September, 1900. Unfortunately, Delia’s husband succumbed to bronchitis on February 25, 1900 at the age of 52, never to know his son Leland. Then on March 11, 1902, Leland also passed away. The census of 1900 records Delia as a 45-year-old widow, head of household, home owner free of mortgage, with eight children at home, Bernice the only one to have left. Elsie was now a teacher and one boarder, Netty Taylor, was also a teacher. Lester, at age 18, was a farm laborer. The remaining children were in school except for young Josephine and Leland.
During the time that her children attended school, Delia became active in overseeing the quality of education provided in Hopkinton. This was a time of evaluating the effectiveness of one-room schools versus a more centralized education program since the town’s school population was declining and truancy, especially of boys, was high. There being no school superintendent, the three-member all male school board was all-powerful. As early as July, 1880, a Hopkinton Times editorial reported that “35 women signed a petition protesting [school] closures and expressing a desire to be allowed to take an active part in all educational processes.”  The town report of 1884 indicates that Helen Bailey served that year on the school board. Not again until 1896 was this call answered; Delia sought and was elected to the Hopkinton school board, serving until 1907 with such well-known men as Charles C. Lord, Samuel Symonds, George A. Barnard, Henry Dustin, Leown H. Kelley, and Frank E. Dodge. She was the one consistent member during these 12 years. Some historians have reported that Delia was the town’s first school superintendent, and although she was undoubtedly instrumental in designating the need for a superintendent, the 1907 town report indicates that J. A. MacDougall was given that post. Yet Delia was the speaker for the first graduating class of Hopkinton High School, eloquently telling of the school’s controversial establishment as well as honoring the one graduate that year, 1904, Mildred Diman.
Delia was a religious person, and she appears to have been active in both the Methodist Church and in the First Congregational Church of Hopkinton where she taught adult Sunday School class. Putting belief into action, she and Leown Kelley co-founded the Merrimack County Missionary Society. Such societies were prevalent in the late 1800s with goals of spreading evangelism and promoting social justice, carrying out Jesus’ commandment to “love thy neighbor” and assisting recently freed blacks in the South. These Societies successfully raised money which was used, in part, to fund the establishment of a number of colleges for black students in the South.
As might be expected, Delia was a member of the committee directing the festivities in the 1915 celebration of the 150th anniversary of the town of Hopkinton. Also active in her local neighborhood, Delia was a charter member of the Emerson Hill Community Extension Group, serving as Vice Director at the first meeting on August 14, 1916. This club for local women was the first of those established through the Extension County Council of Merrimack County, which itself was created as a result of the Smith-Lever Act of 1914, a law that established a system of cooperative extension services connected to land-grant universities. Women would bring their handwork, have interesting programs often with speakers from the University on such topics as food preparation, and periodically offer community picnics, suppers, and other social events.
In her later years, Delia and her youngest daughter Josephine, as yet single, lived with her eldest daughter Bernice and husband James Rice; Bernice had become an invalid and benefitted from their assistance. Then in 1918, Delia’s daughter Etta and husband Edward Nelson became very ill with the pandemic (“Spanish”) influenza. Etta died; Eddie finally rallied. Eddie’s sister Ida and other nearby relatives offered help with raising Eddie’s two children, Margery and Stanley, only six and one year old respectively; it was Josephine and also Eddie’s sister Etta who prevailed, with oversight by Delia.  A letter to Eddie from “Mother Bohanan” thanks him for Christmas gifts and says that she would be happy to wash the children’s clothes for him since he doesn’t have water, and mentions that “Stanley’s union suit was 95 cents instead of 49,” in expectation of full reimbursement. Some descendants (including Stanley’s daughter Vicki who fondly remembers her grandfather and aunts Jo and Etta) are of the opinion that Eddie’s child-rearing was entirely without shortcomings even if lacking some material conveniences.
Delia Bohanan passed away at the age of 69 on August 15, 1924 having suffered for one year with hepatic carcinoma (W. H. Tarbell, M.D.). She was buried in the New Hopkinton Cemetery on August 17, 1924 (Frank H. Reed, undertaker). Seventy-five years later, on October 31, 1999, Delia was the subject of an All Saints Day sermon at the First Congregational Church of Hopkinton, given by the minister Gail Whittemore.  “So we have saints among us now. Saints are not perfect people. God alone is perfect. But in a saint, a bit of God’s perfection lives so that we can see it. Perhaps it is a certain sparkle, or serenity, or practical wisdom. Perhaps it is generosity, or a passion for justice, or love for the world God has made that translates into action that makes a difference…” Delia is also referenced by Rose Hanson in her book Our Town; in “A Hymn in Honor of our Ancestors” the line referring to Delia Bohanan (and Matthew Harvey) reads “Those who led the people by their counsels.” No further mention of Delia is made to explain this remark but it certainly reflects great respect. Yet, it was a more personal recollection that granddaughter Margery had of Delia who died when Margery was twelve years old. “The thing that impressed me the most was that you could always hear her whistling,” and there is the human side of the portrait of a saint.

References: In addition to Hopkinton town reports, documents from Ancestry.com, files at the Hopkinton Historical Society, and Rose Hanson’s history of Hopkinton, information was obtained from records collected by great-granddaughter Rita Gerrard and from memories/verifications of great-granddaughter Vicki Frye.

The image above is of Delia (Jewel) Bohanan, her husband John Bohanan, and their oldest daughter Bernice, who was born in March 1877.

Author Allita Paine is the past president of Hopkinton Historical Society and regular researcher, writer, and frequent contributor to the Society’s projects and exhibits.